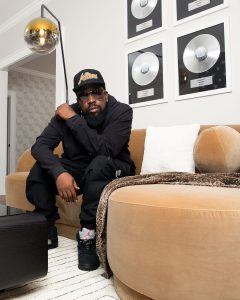 Big Boi, an Atlanta native, made history as one-half of OutKast. The legendary duo sold 25 million albums and garnered seven GRAMMY® Awards. Big Boi made his introduction as a solo artist in 2010 with Sir Lucious Left Foot: The Son of Chico Dusty. It captured #3 on the Billboard Top 200 and landed on Pitchfork’s “100 Best Albums of the Decade ‘So Far’.” His 2017 single “All Night” blew up on radio and clocked 40 million streams within a year.

Big Boi will be recognized at halftime as the 2022 McDonald’s Magic City Classic presented by Coca-Cola ambassador. Big Boi will perform at Legion Field immediately following the game.