WHAT: The Classic Kickoff is the official start of the McDonald’s Magic City Classic presented by Coca-Cola.  Come be a part of the school spirit and tradition along with the Alabama A&M and Alabama State cheerleaders. The party will continue into the evening with beats from DJ Chris Coleman, great food, and fun. Join us in kicking off the largest HBCU classic in the country. 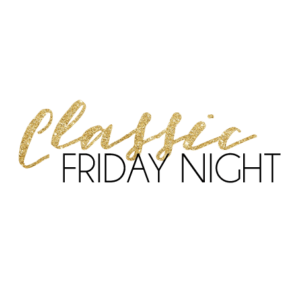 WHAT: RUN FOR CASH!  The only thing that matters is your FOOTSPEED!  Show us how fast you can run in 24 feet and you can win $100 per mile per hour.  Out of 10 males and 10 females, one only ONE of each will win the grand prize!  Submit a 2-minute video on why you deserve to be selected to run again the elite.  The video must be set to public so we can view your submission.

WHAT: Join us for an evening of fun entertainment and kick off Classic Eve  with performances from Levelle, Karyn White, The Whispers and headliner Maze featuring Frankie Beverly.  The show will be held at the Boutwell Auditorium, 1930 Reverend Abraham Woods Jr. Boulevard, Birmingham, AL 35203. The doors open at 6:30 pm and the show begins at 7:30 pm.

WHAT: Join us in the streets of downtown Birmingham and prepare to be entertained by the best bands, dance teams and entertainment around! The parade will be led by the famous McDonald’s float carrying celebrities and the Magic City Classic Ambassador. Don’t miss the bands and dance teams from both Alabama State University and Alabama A&M University as they put on a show! This is a rain-or-shine event, and admission is free. The parade also will be broadcast LIVE on Fox 6 in Birmingham as well as the Raycom affiliates in Huntsville, Montgomery and Dothan!

WHAT: There’s no tailgate party in the country like the Coors Light Pregame Tailgate Party at the Magic City Classic. Join the best-dressed fans in college football and get your game face on. Entertainment will be announced soon.

WHAT: Witness the 78th football clash between Alabama A&M University and Alabama State University, two in-state SWAC rivals who come together every year to put on the No. 1 HBCU Classic in the country. The competition is just as fierce at halftime with the battle of the bands between A&M’s Marching Maroon & White and ASU’s Mighty Marching Hornets. Don’t miss the inventive improv from the game emcee, Birmingham’s own Jermaine “FunnyMaine” Johnson and the special recognition of the 2019 Magic City Classic Ambassador.

WHERE: HISTORIC LEGION FIELD IN BIRMINGHAM

WHAT: The game ends, but the party continues!  Admission to the concert is included with your game ticket.

WHERE: HISTORIC LEGION FIELD IN BIRMINGHAM